Once Matt introduced me to his scrambler, I’ve been obsessed ever since. I’ve featured a few variations on the blog, and this latest creation I believe is very much worth sharing!

For dinner Saturday night, we made Lentil and Bacon Soup using a recipe by Liz of The Lemon Bowl. Instead of cooking it in the slow cooker, I simply made the lentils with low sodium organic chicken broth (from Aldi at a steal of a price!), sautéed the vegetables (doubled the celery, carrots, and garlic), then I allowed it all the simmer together until it was time to enjoy.

Matt and I absolutely loved it! Per Matt’s suggestion, we had chia pudding with 5th Avenue crumbled on top for dessert. 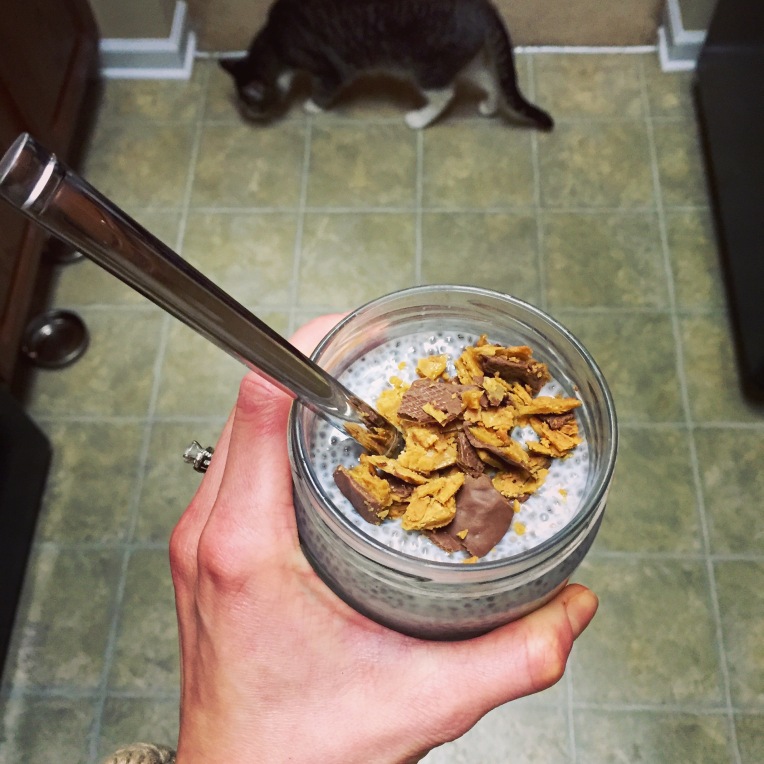 I made mine with chia and Cruze light milk.

Matt made strong chai tea and allowed it the chill in the refrigerator with the chia seeds. Awesome idea! He then had mashed blueberries and banana in Fage yogurt, topped with crumbled candy bar. We then settled in and watched The Martian. It was great but loooong.

While we were eating on Saturday, Matt said that he believed the soup would make an eggcellent scrambler. Yea, I had to. 😉 So this morning we did just that!

Ingredients:
1 serving of the Lentil and Bacon Soup + additional water

Divide the soup and oats between two bowls, sprinkle with spices, and add enough water to allow the oats to fully cook. Microwave until oats have soaked up the liquid. Meanwhile, heat the butter in a small skillet. Cook each egg separately, gently scrambling while it cooks. Top each bowl with an egg, a thin slice of cheese, and one slice of crumbled bacon. Enjoy with an apple, and proceed to “mmm” through every bite!

All stirred up! I’m thankful that Matt has introduced me to these savory breakfasts because as much as I adore oatmeal, smoothies, yogurt bowls, and the like, sometimes savory just hits the spot! 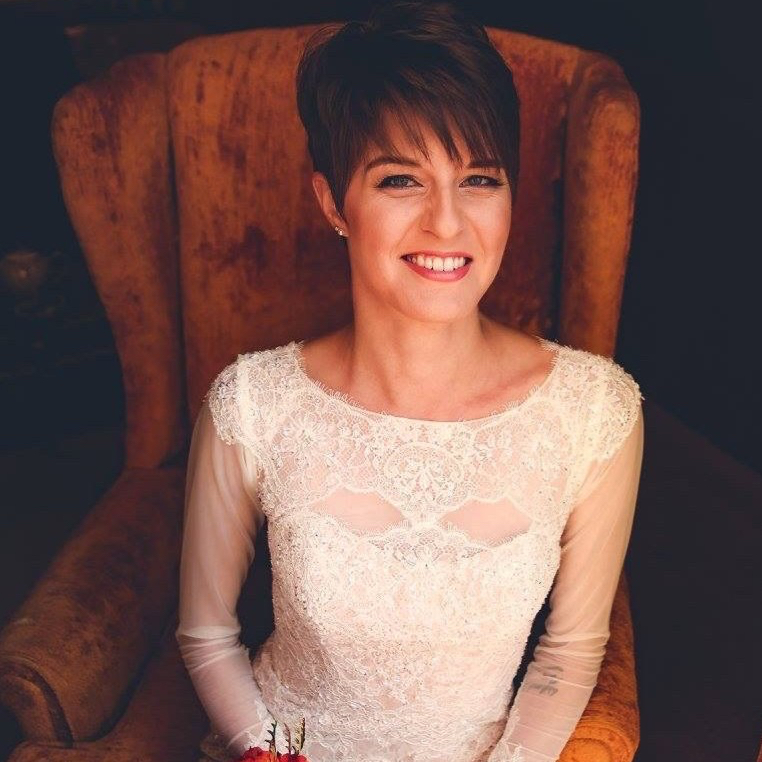